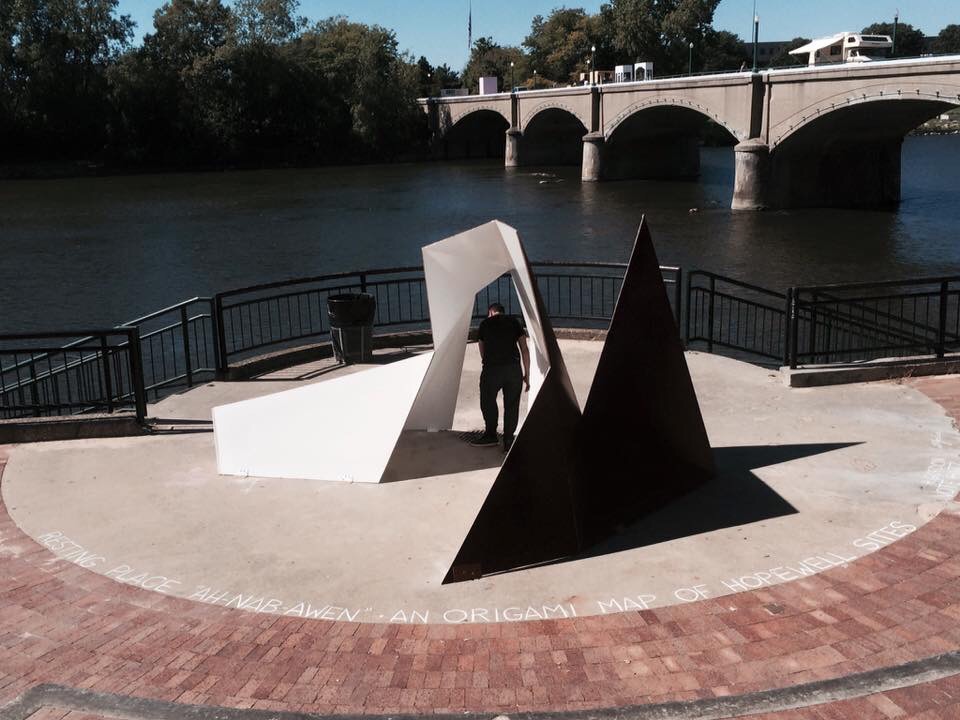 “Resting Place” was an origami map of 26 Hopewell earthwork locations constructed in cardboard and installed at Lyon Square for ArtPrize7 in 2015.

Across the Grand River from Lyon Square sits Ah-Nab-Awen Park. Translated as “Resting Place”, this park established in 1979 and named by the Elders of the Three Fires Council tells a story of Grand Rapids and is part of a larger narrative of the Native American Hopewell society, a widely dispersed set of populations connected by a network of trade routes active between 200 BCE and 500 CE.

The Hopewell Earthworks are numerous and mysterious in nature, scattered from the Great Lakes region to Mississippi with focused density along waterways. The larger structures typically encompass dozens of acres with complex geometry aligned to solar and lunar events.

Considering the great effort it took to create these structures, I asked this question : How do we today use geometry to convey our own cultural narratives?

For my project, “Resting Place”, I have compiled a list of major Hopewell earthworks sites including the Converse Mounds located in what is now downtown Grand Rapids, and propose a folded structure for the Lyon Square amphitheatre. Constructed out of cardboard, this structure will be an origami pattern derived from distances between Hopewell site locations and unfolded into a loose shape. This tessellated form will have its entrance aligned to the the total lunar eclipse on September 27-28th. The “blood moon” will reach its maximum effect between September 27 at 10:47pm and 11:23pm and appear red in the sky, a color similar to the red clay once used to coat the surface of Hopewell mounds.

The choice of cardboard to construct this form mimics the transitory nature of the Hopewell earthworks, many of which have been degraded and lost to development, but also to our own contemporary consumerist culture in which goods are shipped within worldwide networks in folded, designed, cardboard boxes. The deinstallation of this project will include removal and recycling of the entire structure, the narrative lost to the ever increasing rapidity of the American lifestyle. “Resting Place” is a temporary site-specific sculpture designed as a container for the story of community, history, identity, and natural cycles. 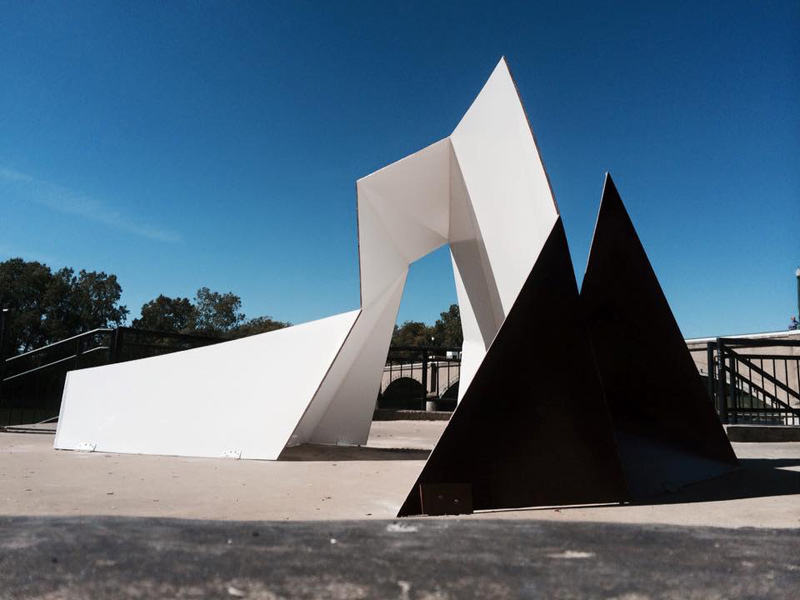 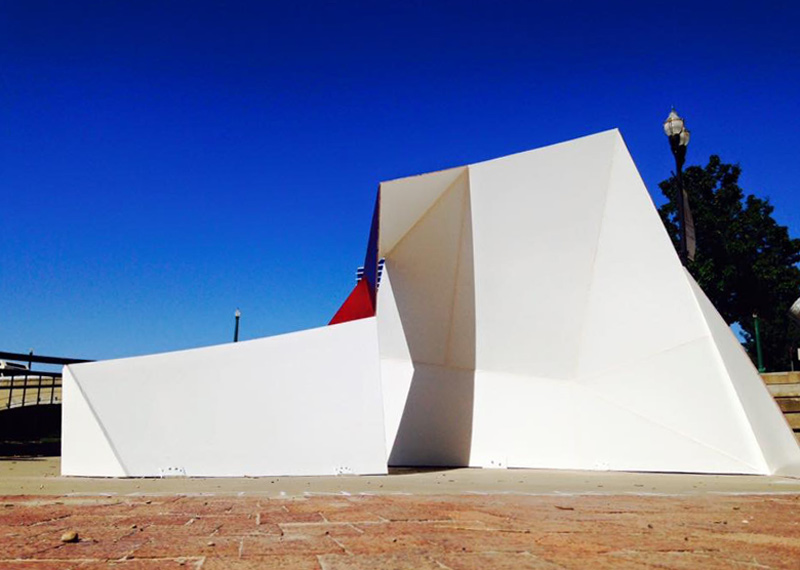 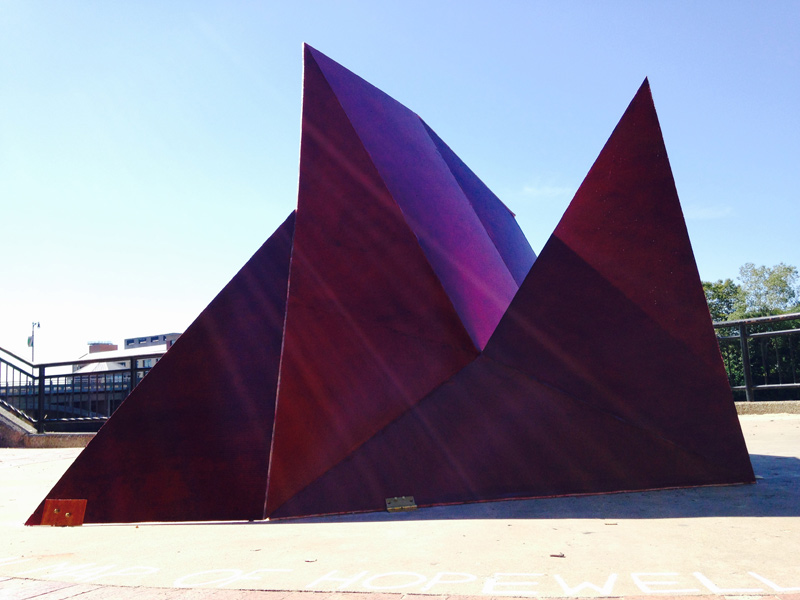 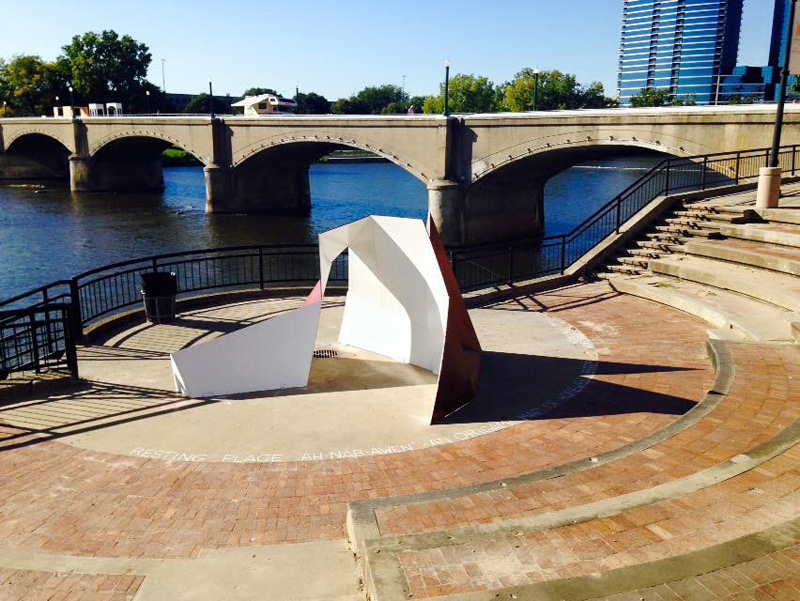 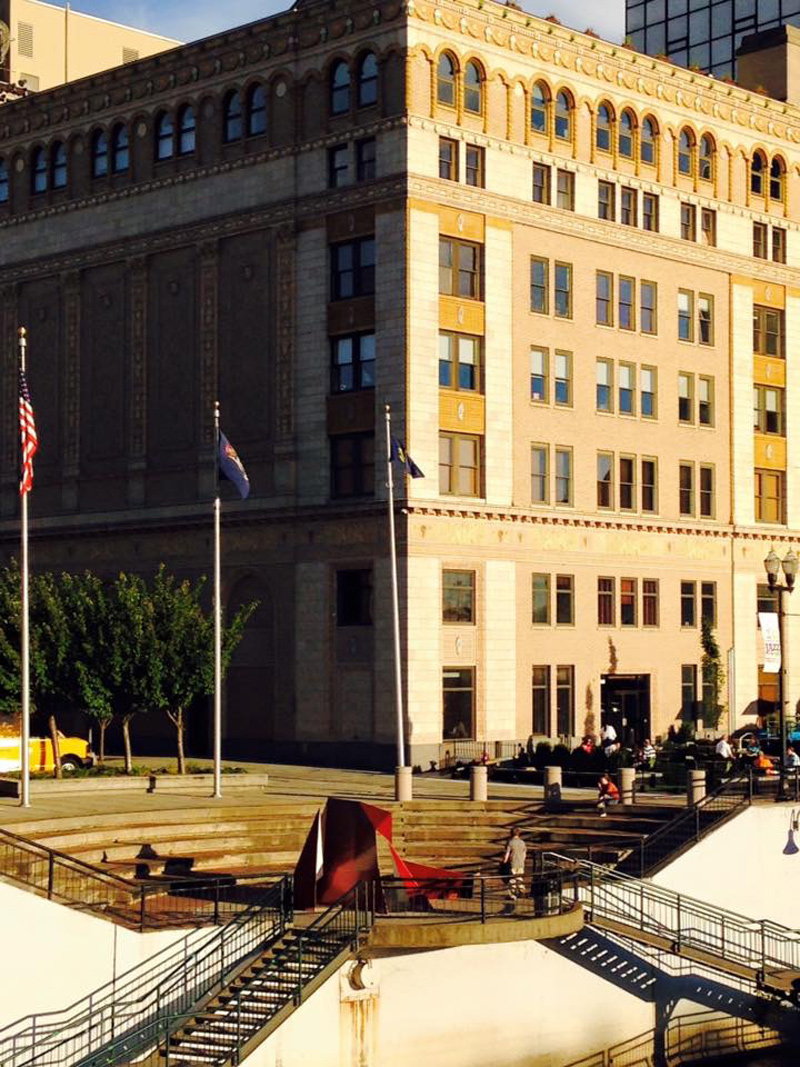 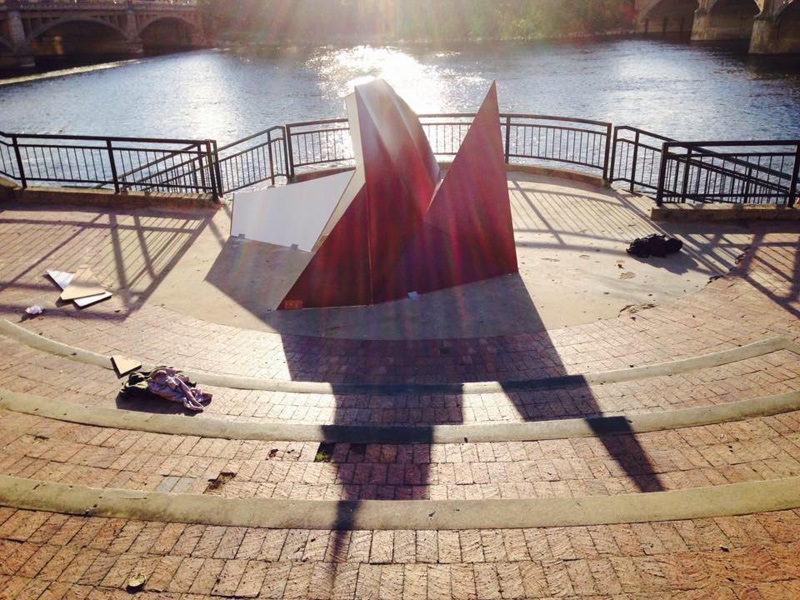 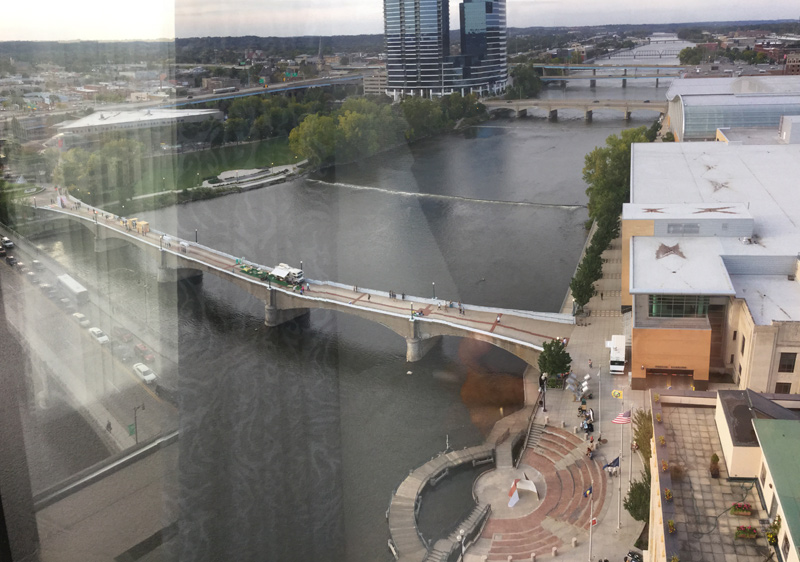 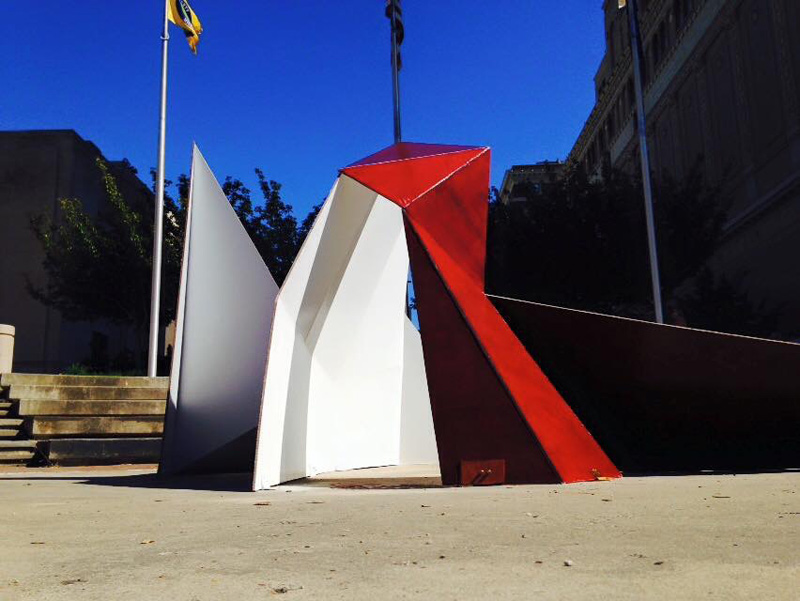 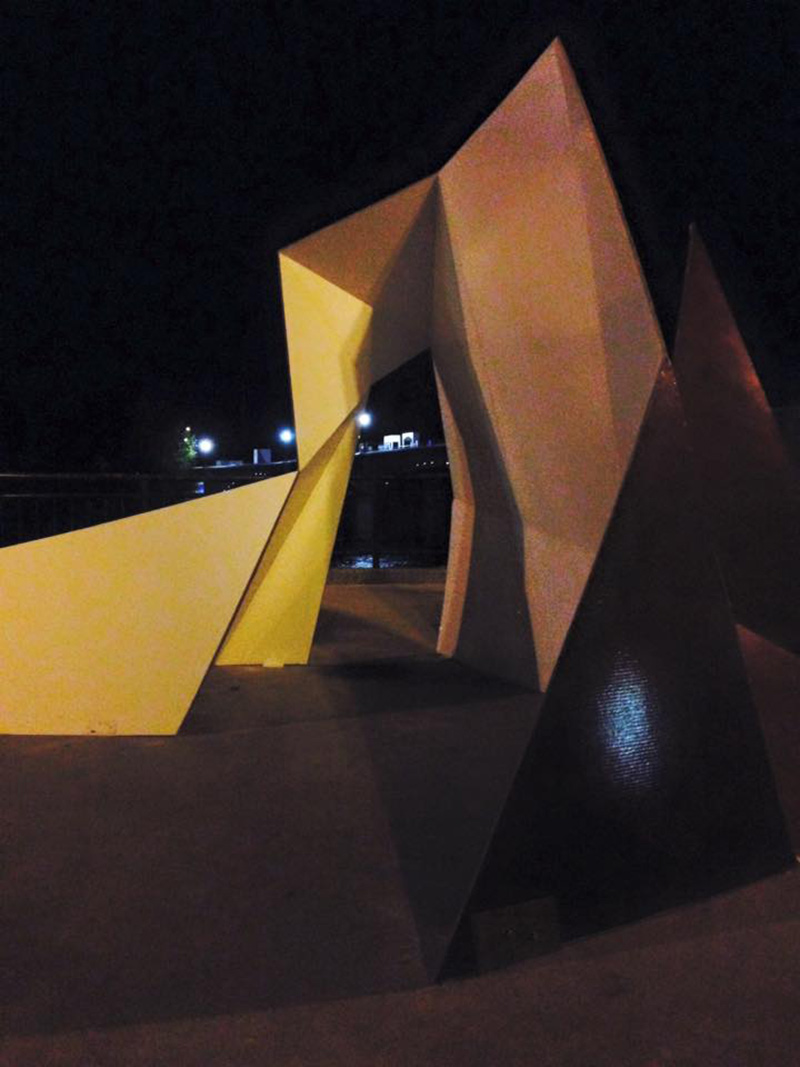 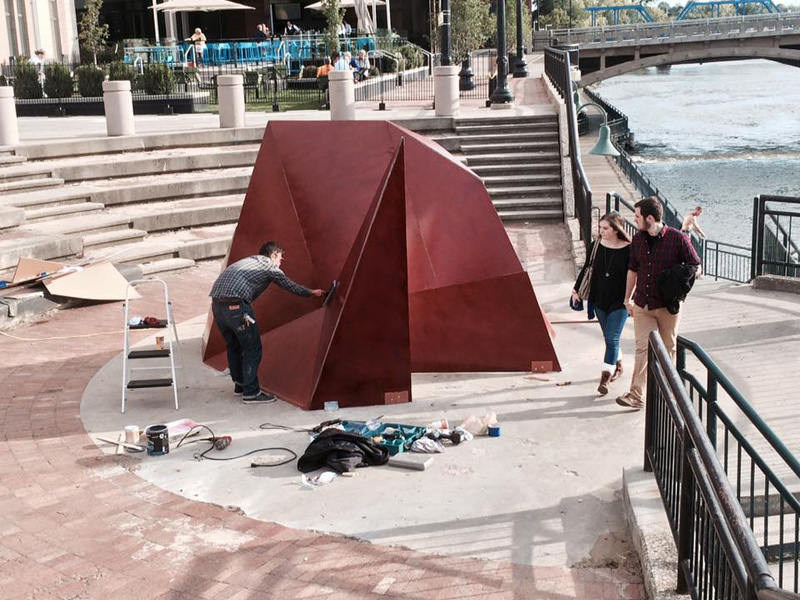