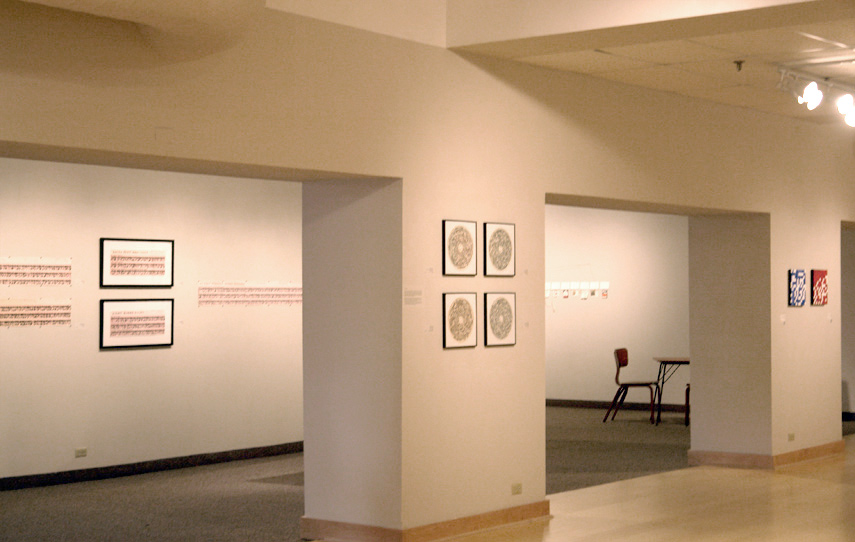 “Word Maps presents four artists who incorporate words and letters in their works to reveal relationships between printed texts and our contemporary visual environment. Vicki Essig’s woven constructions, Heather Gordon’s drawings, paintings, and installations, Paul Rousso’s monumental collages and Merrill Shatzman’s woodcuts, silkscreens and artist books all create new pictorial spaces from letterforms and texts. Words and letters may be read as language but are simultaneously seen as image and artifact evoking associations with maps, charts and nature. The artists selected for Word Maps present viewers with four different approaches to the use of printed texts, a practice that has been used in contemporary art from the Dadaists on. At a moment when the printed book, as the most widely used vehicle and support for printed texts is diminishing, all three artists examine the evolving relationship between text and image and demonstrate artists’ continuing interest in associating the visual with the textual.” 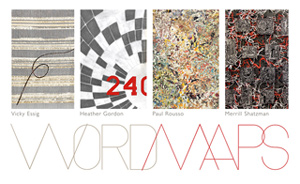 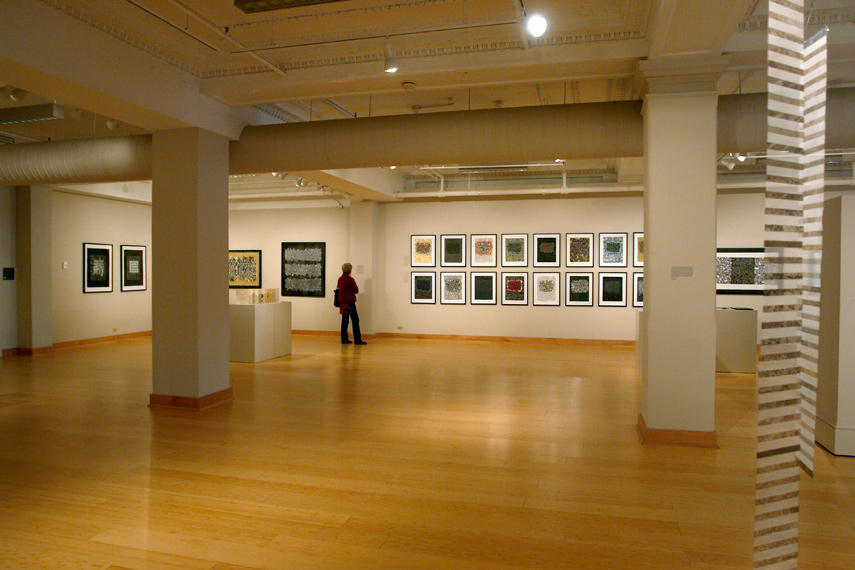 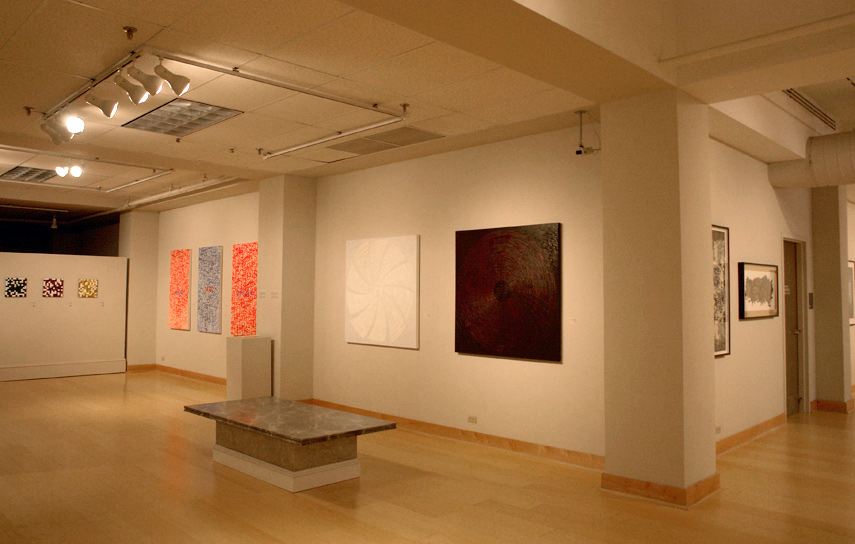 “Heather Gordon’s drawings and paintings investigate the evolving dominance of digital platforms for texts and information by creating systems for translating language into visual images which are based on binary codes. Works such as 8 bit classics and the recent Sound Bites make visible the processes of codification that generally pass unperceived in our contemporary media environment. In Gordon’s Comparatives works, three texts in a related cultural domain are translated into a sequence of hand stamped ink squares on graph paper. By transcribing the texts into a common visual denominator, the artist allows the viewer to make visual associations between the texts revealing links and oppositions and the influence cultural contexts on meaning. Gordon’s use of old graph papers reminiscent of another era, suggests the historicity of digital technology, while washes of white paint in Patriotic Verse suggest the pervasive ebb and flow of data as well as a flag’s movement in the wind.”