The purposes behind codes are diverse. They can obscure; they can represent; they can communicate. A code can suggest critical knowledge whose information is available only if one is versed in its unlocking. Codework is an exhibition that examines the ways in which visual artists explore their capacity to understand and contribute to the many nuances of codes.

In Codework Kenn Kotara presents the installation “and if, between the two.” These minimalist works on paper are Braille pieces which are transcribed from and correspond to the eighteen chapters of Henry David Thoreau’s 1854 Transcendentalist classic Walden. While the works themselves at first appear to distill a major cornerstone of nineteenth-century American philosophy into studies of form, their use of Braille reminds the seeing viewer that he needs only to learn this specialized language to unlock their secrets. Additionally, much as Thoreau argues a closeness to nature is necessary to transcend everyday existence, these works on paper demand a physical interaction for full comprehension, a tactile relationship not typically encouraged in the world of the visual arts. “and if, between the two” uses Braille to present the potential for code not simply as an informative puzzle, but also as an experiential process. 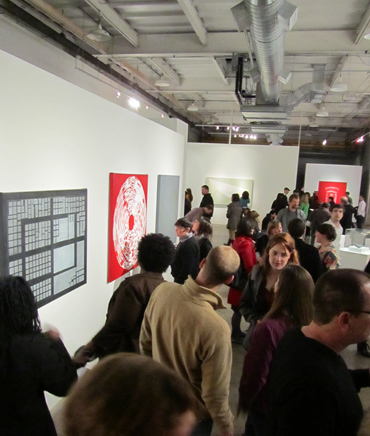 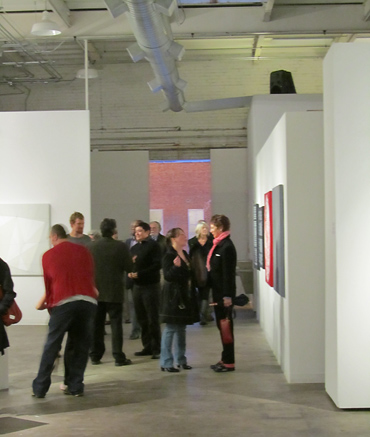 The works of Heather Gordon attempt to navigate the tension between a glut of contemporary data and its significance. In her Sound Bytes pieces, she transcribes the binary codes of select MP3s into visual signifiers, assigning two distinct colors to represent the zeroes and ones. Perfect 10, Jonestown Death Tape, and Tear Down This Wall, take their bytes, respectively, from the announcement of Nadia Elena Comăneci’s perfect score at the 1976 Olympics, an FBI tape made prior to the 1978 mass suicide of Jim Jones’ Peoples Temple, and Ronald Reagan’s 1987 directive to Mikhail Gorbachev to destroy the Berlin Wall. In translating the digital code of these audio moments into visual studies, Gordon seems to unravel the secret into understanding the power behind the bytes. In reducing them to their raw data, might a viewer uncover the tools for achieving perfection, the possibility to understand needless human tragedy, or the power necessary to enact lasting change? In many ways, Gordon experiments with the emotive capacity of codes. Her How to Fold… works continue this investigation, as she maps important places and people in her own life to be contained by theoretical structures. 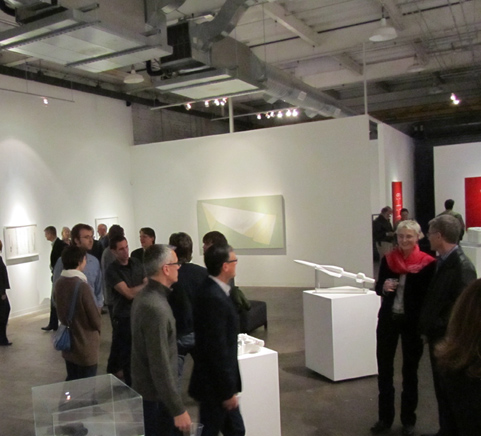 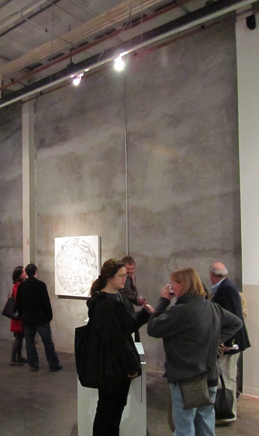 David McConnell presents new sound sculptures based on the concept of deconstruction and reconstruction of found sonic artifacts. Each work incorporates a vintage music box that originally played a popular children’s theme or romantic period classic. McConnell writes his own musical pieces and then manipulates the found boxes’ cylinders by grinding, removing, and replacing their metal pins to play his compositions. While maintaining their original purpose and utilizing their inherent structures, he is changing mechanisms coded for specific “messages” to communicate his own missives. McConnell’s works remind the viewer that codes cannot necessarily evolve to interpret a user’s intent. 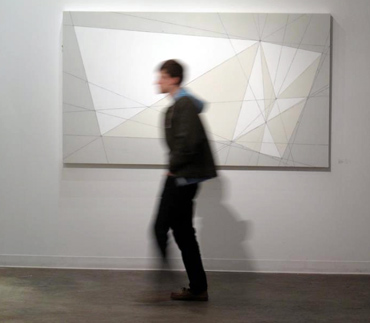 How to Fold My Home, photo credit : Harriet Bellows 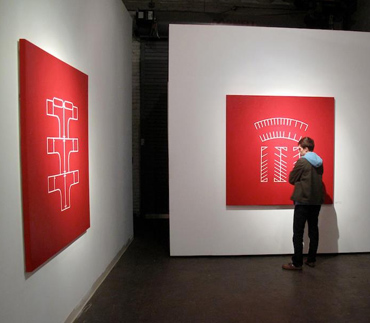 Peter Oakley’s sculptures round out these explorations in depicting some of the objects whose uses may be triggered by the powers of code. The combination of missile, handgun, and typewriter evoke military environments, areas responsible for so much of the code and cipher work in cryptography. Ideally, the weapons should not find their function before proper communication; they should be as inert as sculptures in the round. In this way, the cool presence of his marble sculptures demonstrates the sheer power of codes, the manners in which modern society depends upon them to drive, produce, and process the information surrounding it.