A collaborative performance by Heather Gordon and Chris Vitiello

Language incessantly changes because it’s in constant usage and because those usages collide. This is both destructive and generative. Significantly, what’s destroyed and created accumulates.

In the day-long performance “Typeface,” Gordon and Vitiello turn the VAE gallery into a low-velocity particle accelerator for language that captures the wonder of that debris as part of the month-long “Under Pressure” at VAE in July 2017. The artists will simultaneously type spontaneous, thematic text on the same paper scroll, colliding the language and responding to each other’s writing in the moment. They will literally be writing at each other. Once a long scroll begins to fill with typing, it will be hung up for visitors to read. Visitors can also read along a scroll as it is being typed on.

Gordon and Vitiello both write in aphoristic bursts, rather than extended lyrical or narrative threads, though this performance doesn’t necessarily exclude that mode of writing. In a particle accelerator, fundamental units (atoms) are fired at each other in order to learn about their even more fundamental units (subatomic particles). In “She said / He said,” the artists will find their way toward fundamental expression and articulation through the endurance aspect of the day-long performance, in hopes that the collisions will be similarly insightful and surprising.

Visitors can visit for five minutes, drop in throughout the day, or stay all day. They can silently read or they can talk with Gordon and Vitiello, even contributing to the writing if they are moved to do so. The artists will also use sets of vocabulary cards to provide them open prompts every half-hour. Although the performance has a minimal look and feel, the artists will be casual and accessible.

The layout of this performance is quite spare. Gordon and Vitiello will stand facing each other, with typewriters on pedestals about eight feet apart. A looped scroll will go through both typewriters. Along one wall of the gallery, a horizontal dowel will be hung. Finished scrolls will be installed on the dowel for visitors to handle and read.

Born in 1967, Heather Gordon is the daughter of an accountant and engineer. She received her B.F.A. from the University of Florida in 1990 and her M.F.A from New Mexico State University in 1995. She lives and works in Durham, NC.

Chris Vitiello is a writer, artist, and critic based in Durham, NC. He’s published three books of poetry, most recently Obedience on Ahsahta Press. He’ll present his endurance performance installation “The Language is Asleep” at ArtPrize 9 in fall 2017. 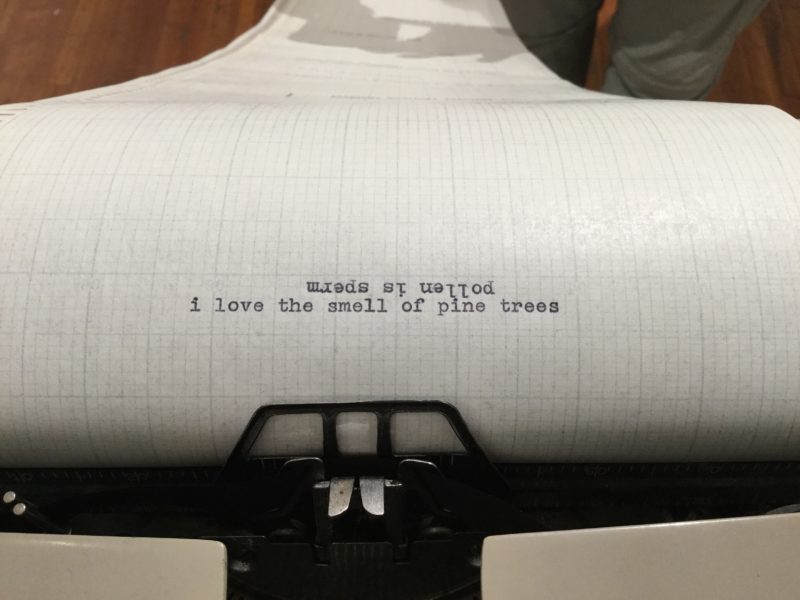 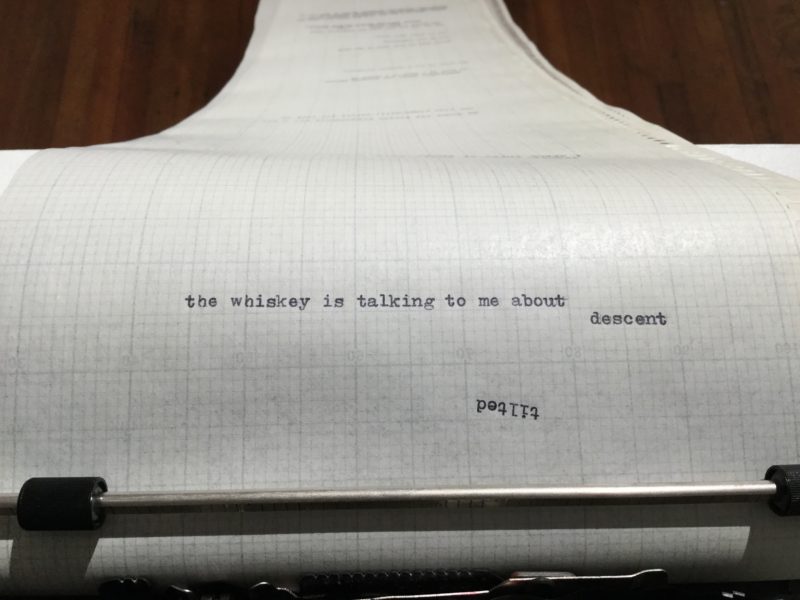 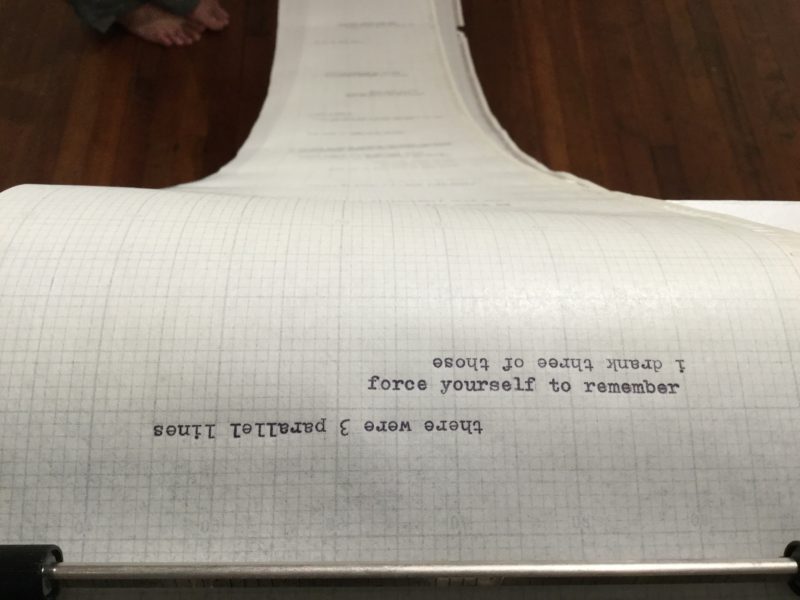 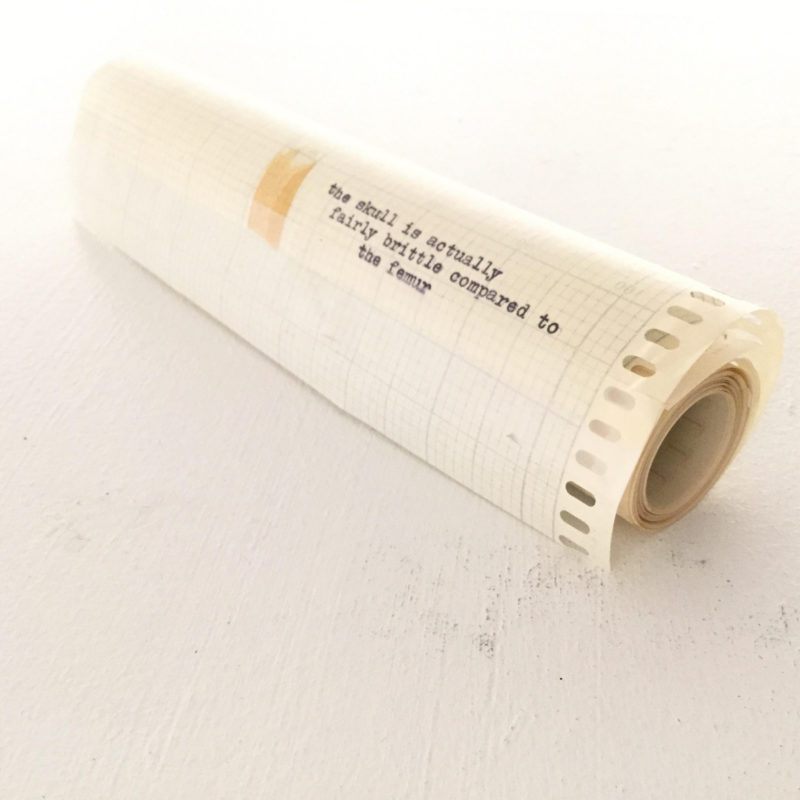