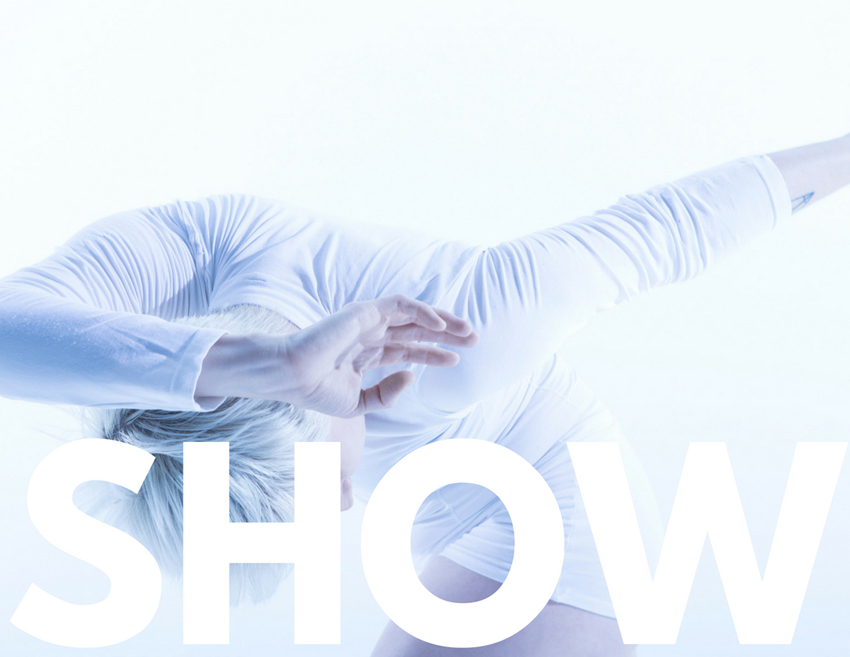 SHOW is a live action exhibit brought to you by COMPANY. Inviting audiences to wander through various installations set up in the sprawling warehouse The Durham Fruit Company, artists Justin Tornow, Heather Gordon, Alex Maness, and Chris Fleming have constructed contexts of light, sound, movement, and visuals that promote intimate experiences. Concerned with immediacy, ephemerality, uncertainty, and presence, SHOW is meant as a five-day experience, with a roster of rotating artists responding to these themes across the run.

The first half of the evening involves a variety of active sets for audiences to visit at their own pace. Performances by Tornow’s COMPANY and guest artists will occur throughout the warehouse.

SHOW asks that audiences be led by their interests and intuition as they move through the complex. “The presence of the audience is vital,” says Tornow about the work. “Everyone involved in SHOW—artists, performers, and viewers—set the tone for the event. I want to highlight the fact that we’re reacting to one another in the present moment… we’re all source material… we all make the work.”

The second half of the evening will present a new choreographic work by Tornow and COMPANY that occurs inside an active light and projection set by Maness and Fleming and accompanied by guest artists’ live sound scores.

SHOW is the prototype for a larger schema: Gordon and Tornow are developing SHOW as an art model, a work primed with flexibility so that it can be transported, restaged, and activated by new artistic voices. Gordon explains, “we’re honing in on what we’ve been trying to accomplish since beginning our work together—a version 2.0 for our way of making highly collaborative, rule-based work. At its core, SHOW is a method for entering into a project in a cross-disciplinary way. We are providing an idea, a framework, a seed in the hopes creating a laboratory for other groups of artists to experiment in. It’s a way to set-up collaborations without hindering personal interests and exploration, where all the inquiries strengthen the conceptual whole.”

Tornow is committed to providing low-cost admission to her work and plans to raise enough funds to offer low-cost tickets for each performance. “We’re trying this out as away to offer affordable art experiences to the community… we’re asking private funders and sponsors who love the scrappy art scene in Durham to help us create greater accessibility to the work being made here—I want anyone who’s interested to be able to come!” Tornow is trying this approach with SHOW to inform how she might incorporate it in the longer term, perhaps even on a larger city-wide scale. SHOW ticket prices aren’t yet set, and will be based on the amount of support the tax-deductible project receives ahead of the run. Want more information? Email justin@justintornow.com.

Collaboration is a key part of the work to date: COMPANY often works with visual artist Heather Gordon, filmmakers Michelle Lotker and Alex Maness, lighting designer Chris Fleming, and area musicians Matt McClure and Lee Weisert on multi-media performance projects. Since 2013, the company has presented 5 full-length works, and perform locally, at other points in the region, and internationally.

Justin Tornow is a North Carolina native, currently living in Durham, NC. She is the artistic director of COMPANY, a producer of the local artist series PROMPTS, and a co- founder and -organizer with Durham Independent Dance Artists (DIDA.) Justin’s work is often collaborative and inter-disciplinary, partnering with composers, musicians, videographers, and visual artists. Her projects have been presented by CAM-Raleigh, 21c Hotel and Museum, UGA Dancz Center for New Music, The UNC Process Series, the Sax Open Festival in Strasbourg, France, UGA-Cortona in Cortona, Italy, Durham Independent Dance Artists (DIDA,) Triangle Dance Project, GSO Fringe Festival, DUMBO Dance Festival, CoolNY Festival, Philly Fringe, and the NC Dance Festival. In 2010, Justin received an MFA in Choreography from UNC-Greensboro; she lived and worked in NYC from 2010-2013, and relocated to Durham, NC in June 2013. Justin served as artist in residence at Tanzart Atelier in Kirschau, Germany in Fall-Winter 2017. She is currently on summer faculty at the American Dance Festival and serves as guest artist and part-time faculty at area universities, teaching studio courses in technique, dance composition, and repertory.

Heather Gordon was born in 1967, and is the daughter of an accountant and engineer. She received her B.F.A. from the University of Florida in 1990 and her M.F.A from New Mexico State University in 1995. She lives and works in Durham, NC.http://heathergordon.transition-project.com/

Alex Maness is a photographer, filmmaker, and visual artist living in Durham. His recent theater video design projects include Donald, And the Ass saw the Angel, The Emotions of Normal People and HUNCHBACK. Alex was a key collaborator for No. 19/ Modulations with Tornow, Gordon, and COMPANY in July 2018, as well as on theECHO project featured at 21c Museum Hotel in Durham, NC February-July 2017. He is a past staff photographer for The Independent Weekly and is a co-conspirator at the Shadowbox.

COMPANY presents SHOW, a new collaborative, multi-media work at The Durham Fruit Company, 305 S. Dillard Street, Durham NC on July 11-15, 2018. Tickets will be available online and at the door by donation. Info and tickets: https://goo.gl/kH433U

SHOW tickets will be available for purchase online and at the door. Entry on July 12, 2018 will be by donation.