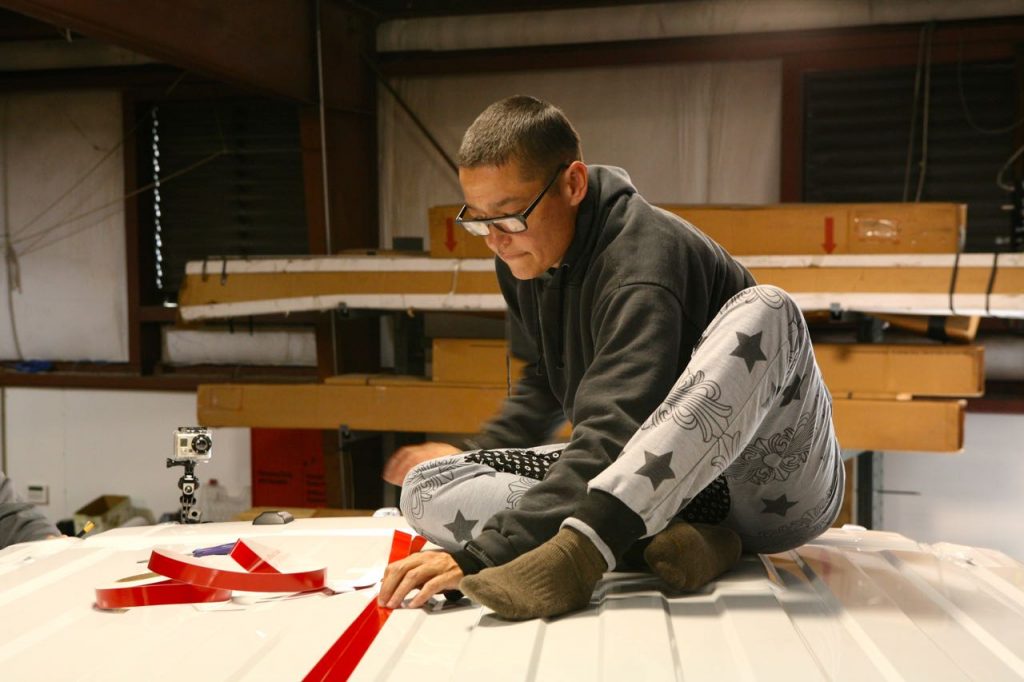 “What do you think of commissioning Heather Gordon to do a tape installation covering our new van? She uses mathematical algorithms related to her subjects. People will wet their pants!”
— Frank Konhaus, 12/18/2015

One random Friday afternoon Kontek founder Frank Konhaus emails a few of us in the company and proposes the question at left – “mathematical algorithms and art project?” I thought. Count me in!

If ever there were a project that lived up to Kontek’s slogan, “Nur tote Fische schwimmen mit dem Strom”(Only dead fish swim with the stream) it was this.

Any other audio/video company would hire a signage company to make one of those ubiquitous van wraps that you see around town – you know what I mean: a photo of a smiling technician (possibly holding a clipboard) surround by buzzwords, superlatives, and phone numbers. Well that just isn’t the Kontek way.

Durham artist Heather Gordon interpreted our German slogan first by converting the letters from ASCII text values to decimal values. For example, the first letter, “n” is represented in computer systems by the decimal value 110. The letter “u” is 117, and so on. The final result is that our slogan, in decimal looks like this:

ASCII to decimal conversion of slogan 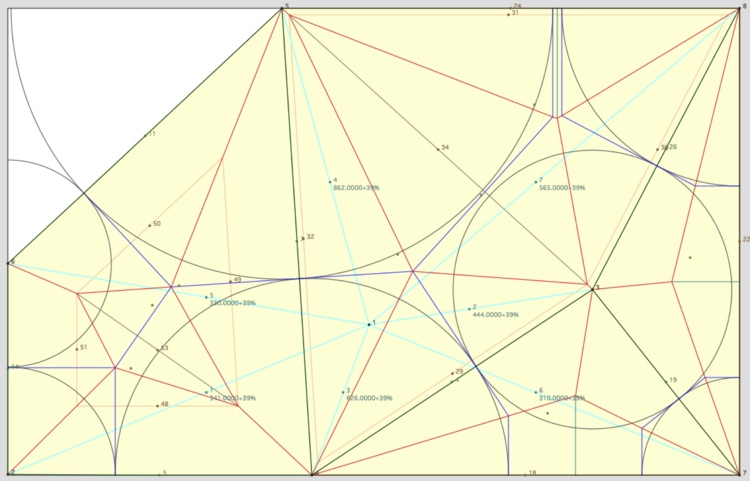 The decimal values are summed for each word (excluding spaces) resulting in this sequence: 341 444 626 862 330 310 565. The seven final values were plotted as reference points in a software tool called TreeMaker. The TreeMaker software helps to generate fold lines for origami patterns by circle/river packing techniques. The values were mapped across the dimensions of the van as though it were unfolded into a flat plane. Finally the plot was refined into valley and mountain folds so that fill-in lines could be drawn in.

The installation began on 4/11/2016 with a team of volunteers under the direction of Gordon and lasted four days. Weather-resistant 3M vinyl tape was used to realize this permanent rolling art installation. To see the van in person, please contact KONTEK Systems for an appointment. 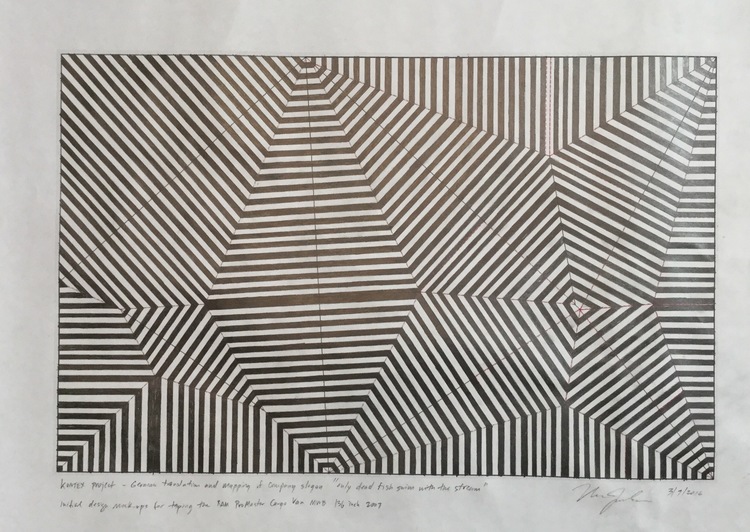 Final design realized in two dimensions. Lines that flow through the entire design were realized in red tape; the rest of the lines were in grey tape. 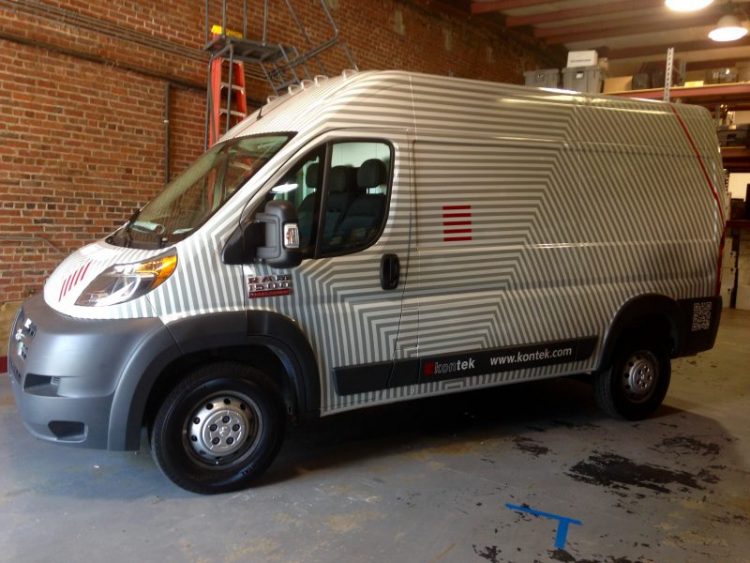 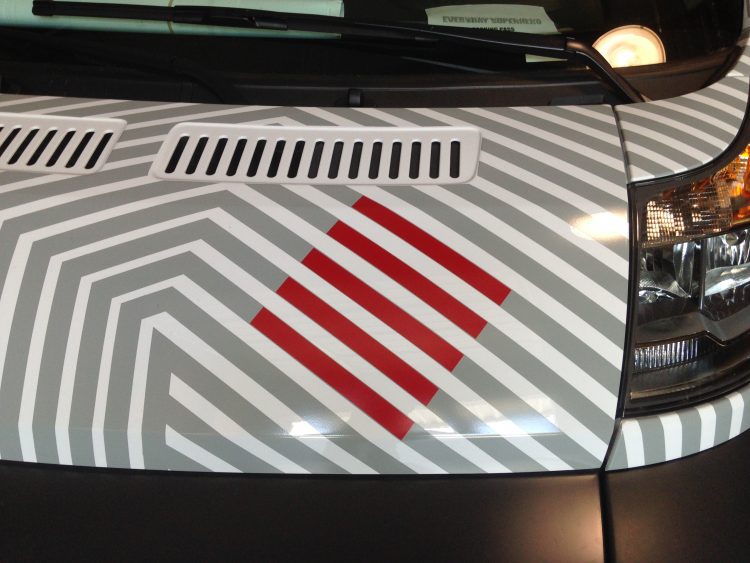 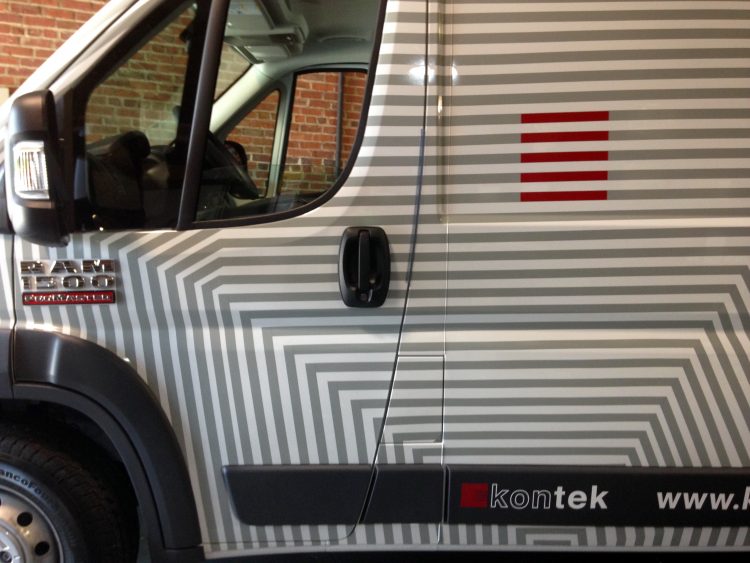 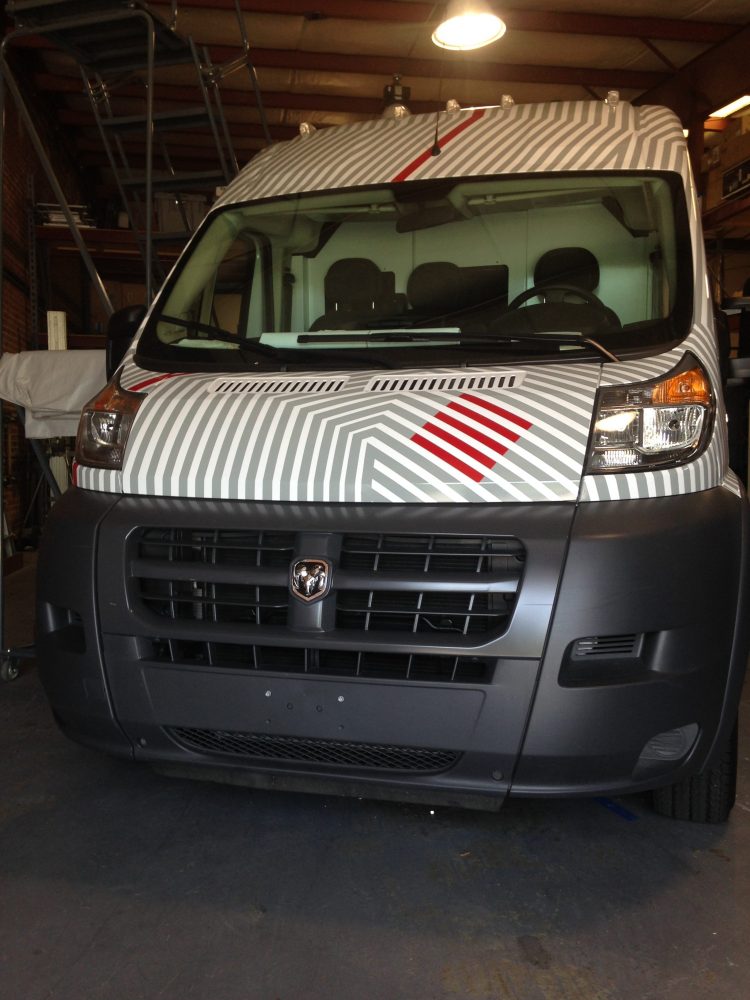 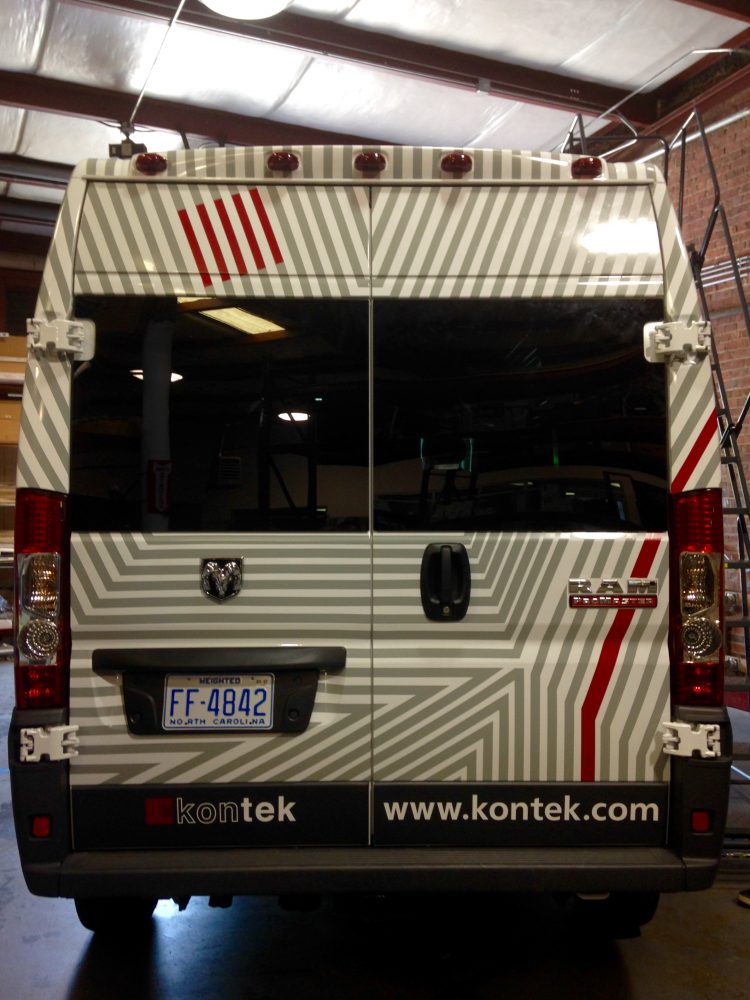 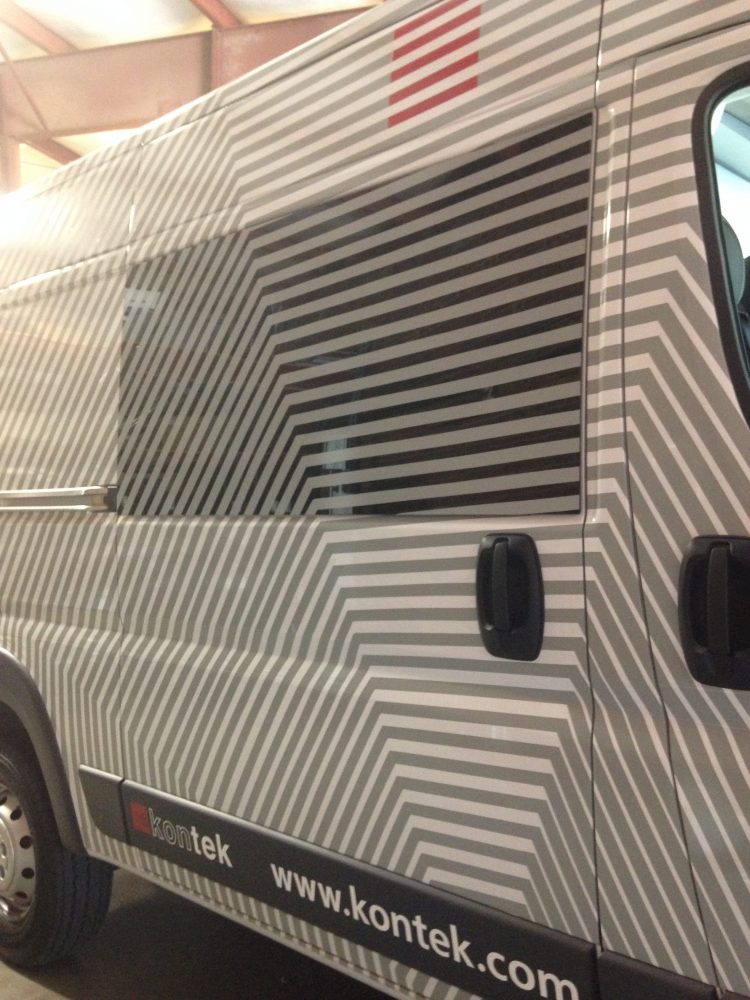 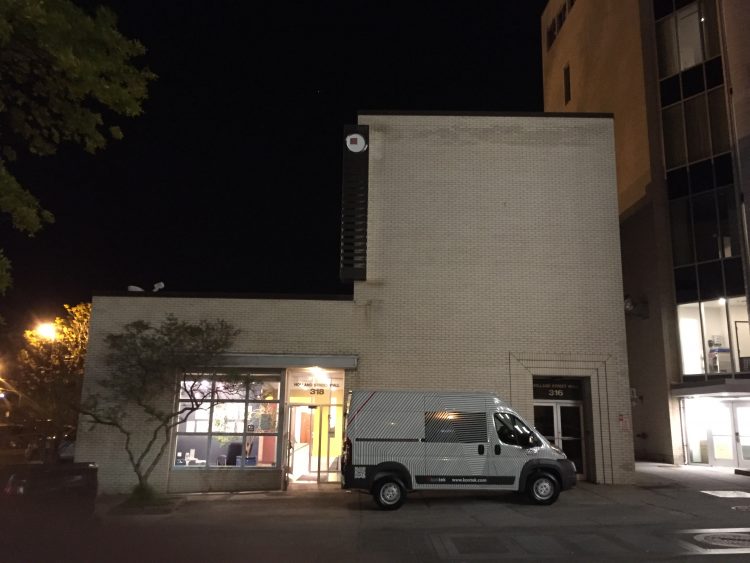 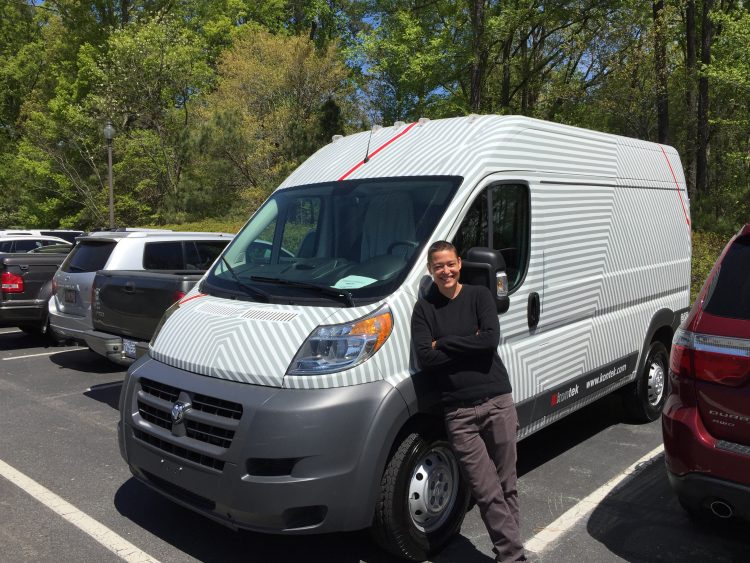 Heather Gordon with the KONTEK van on EXPO day 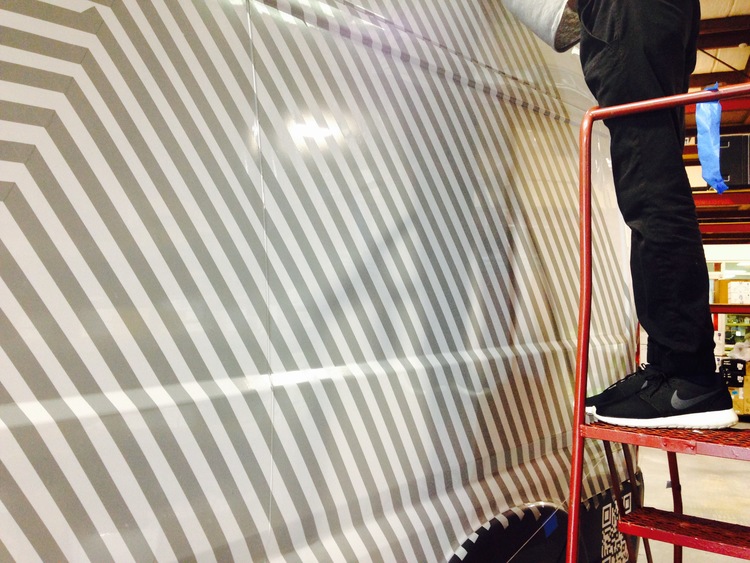 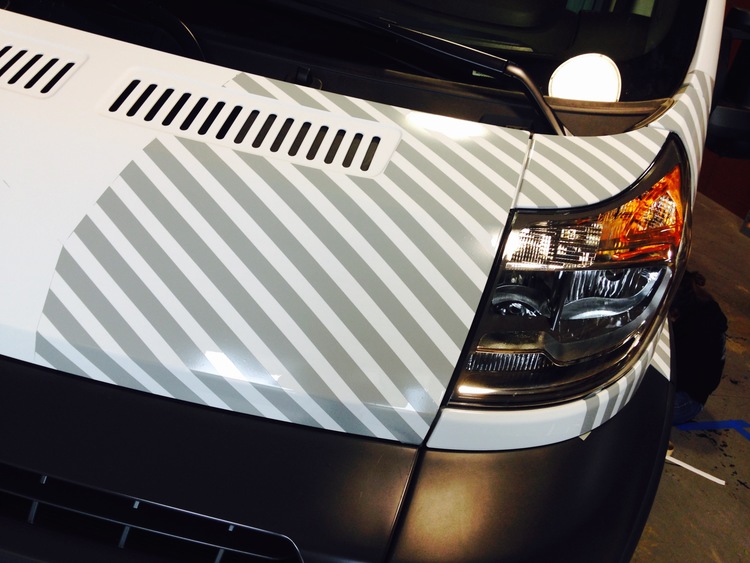 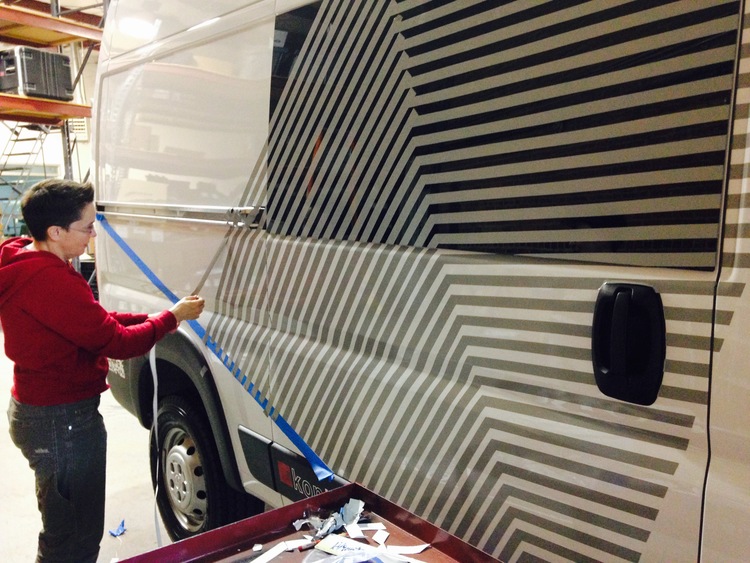 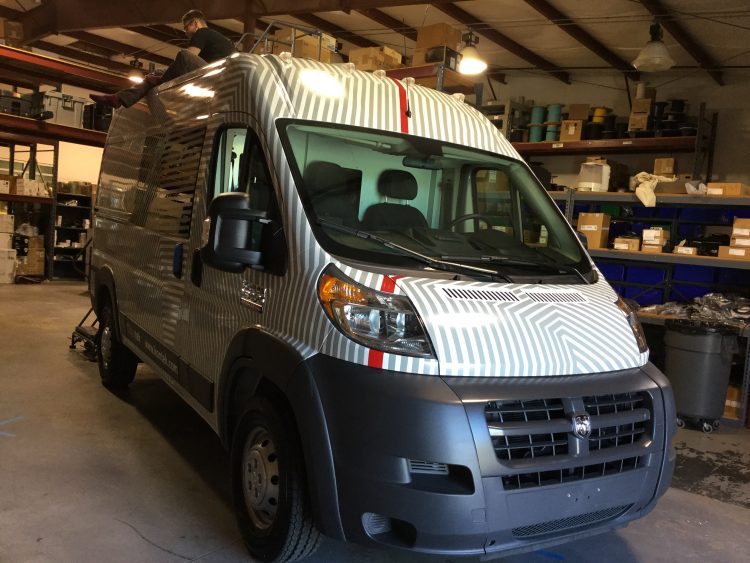 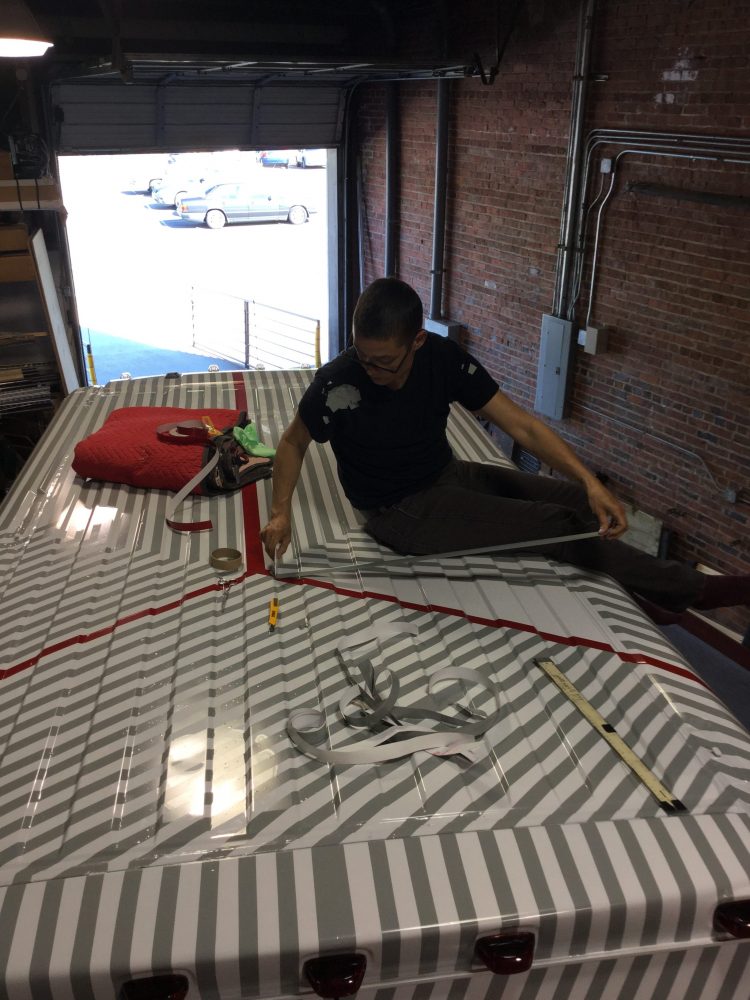 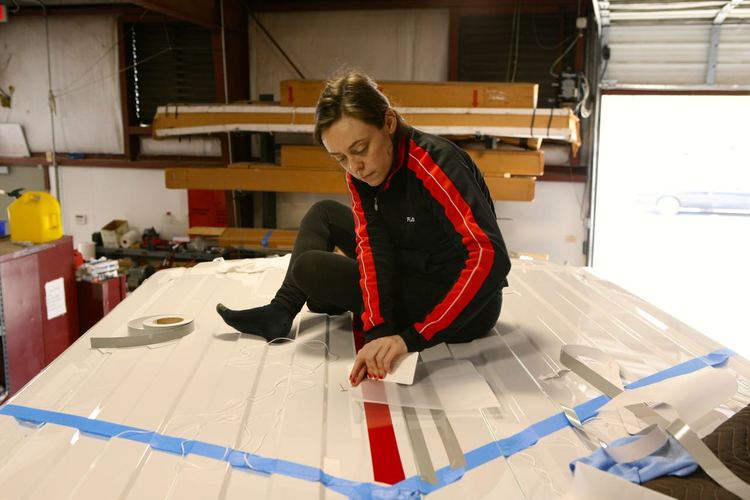 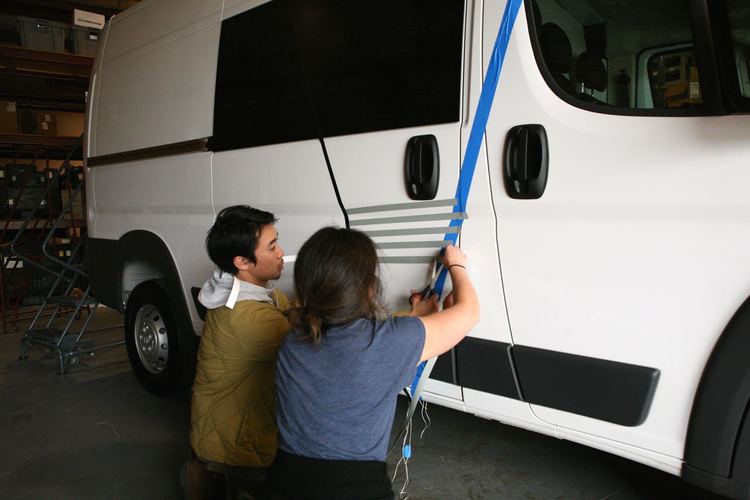 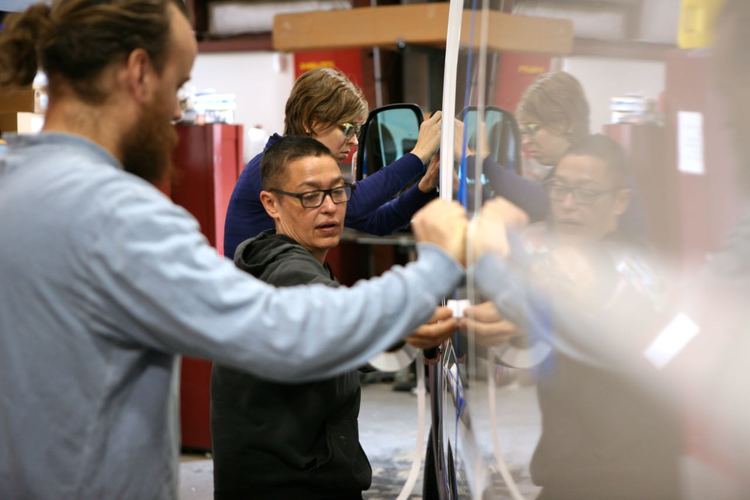 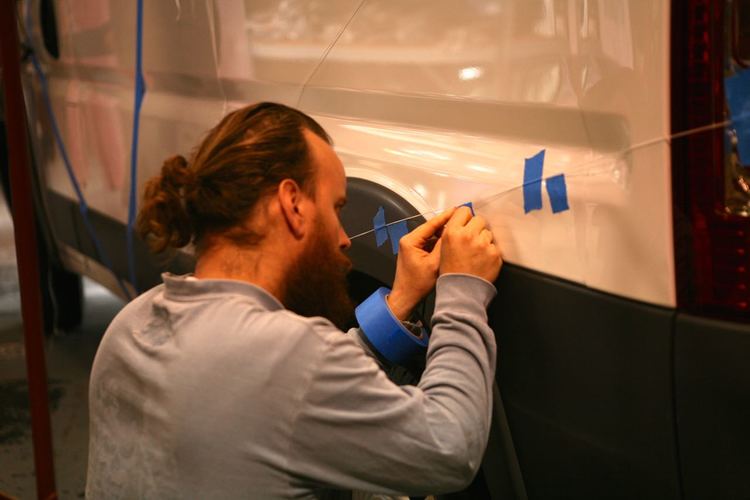 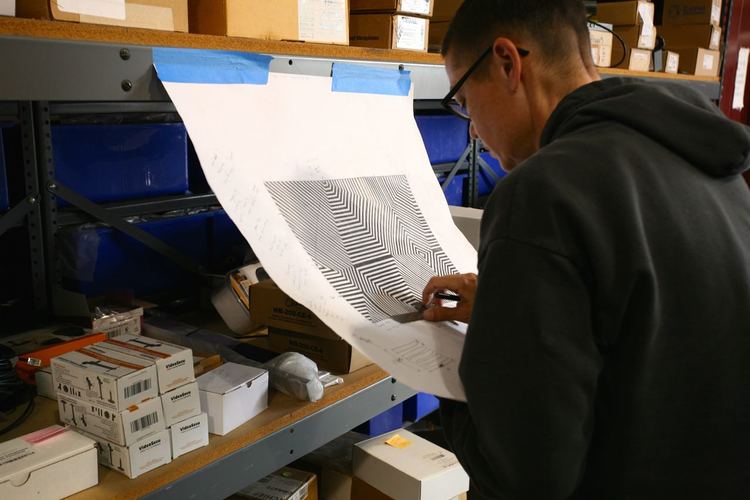 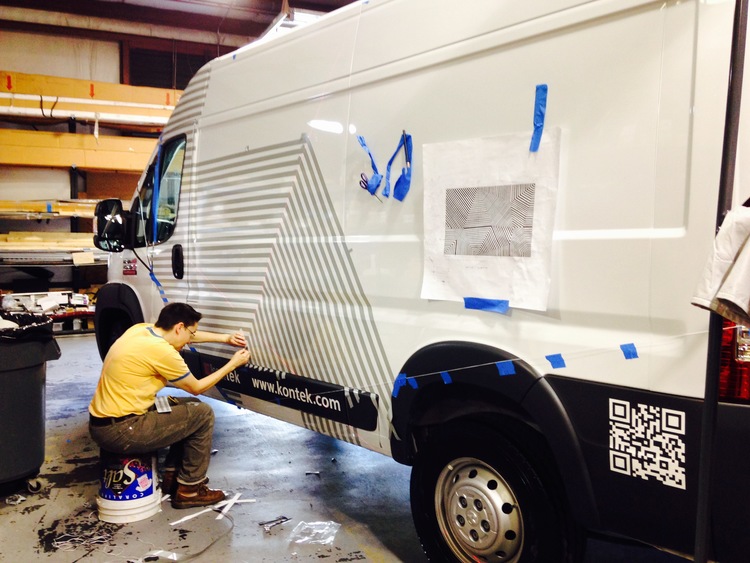 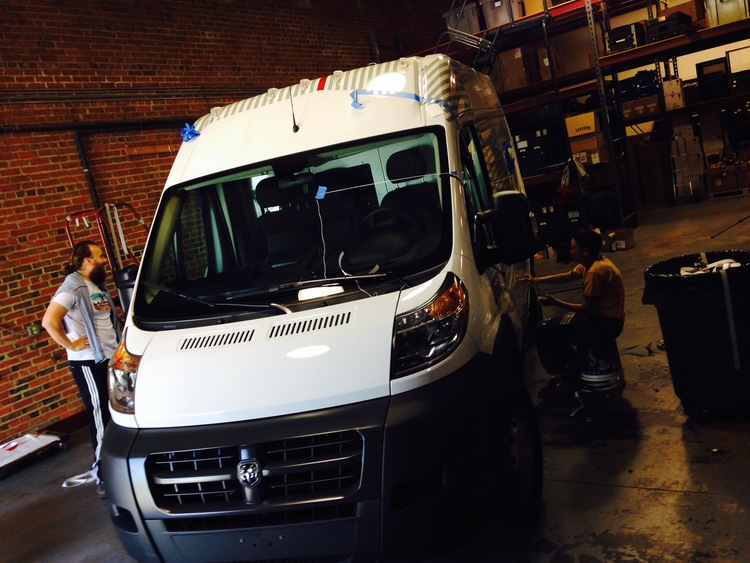